One of Africa's most ferocious animals, honey badgers have been known to attack lions and buffalo when threatened. They have a powerful bite and loose skin which enables them to wriggle out of any grasp. Honey badgers are terrestrial, quadrupedal animals with a cylindrical body. Their forefeet are long and broad, they have powerful claws that are used for digging and climbing. In contrast, the hind legs have smaller, constrained claws. Honey badgers have an average shoulder height of 10 inches and weigh approximately 26 pounds. 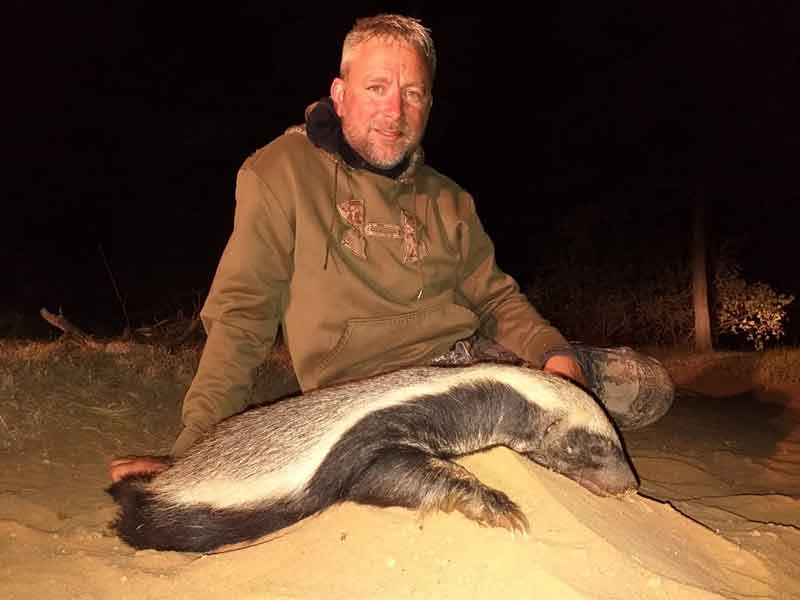 The honey badger has short and sturdy legs, with five toes on each foot. The feet are armed with very strong claws, which are short on the hind legs and remarkably long on the forelimbs. It is a partially plantigrade animal whose soles are thickly padded and naked up to the wrists. The tail is short and is covered in long hairs, save for below the base.

Hunting honey badger in Africa can be achieved with a relatively small caliber rifle, with a .243 caliber rifle being more than sufficient. Shot placement is extremely important. Anything other than a heart/lung shot, or head shot will only wound the honey badger, and it could disappear into the bush. No hunter wants to approach a wounded honey badger as these animals can be very dangerous. 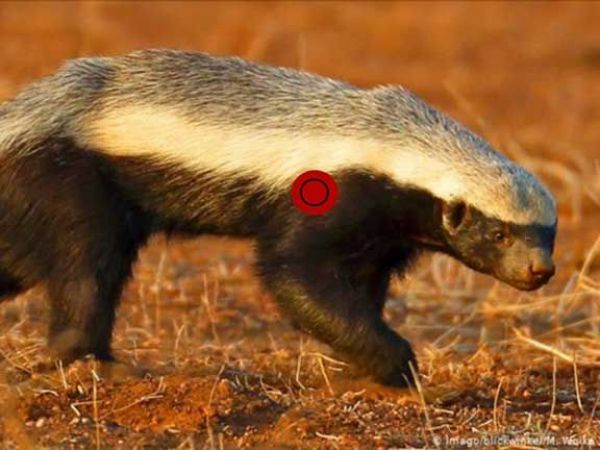