Hunting blesbuck in South Africa is the perfect hunt for a first time African hunter. This antelope is aptly named and identified by the white blaze on its forehead called a “Bles” in Afrikaans. The body colour is brown with a lighter-coloured saddle on the back, and the rump an even lighter shade. The legs are brown with a white patch behind the top part of the front legs and the lower legs whitish. Both males and females carry horns, ringed almost to the tip. The neck and the top of the back of the blesbuck is brown. Lower down on the flanks and buttocks, the coloring becomes darker. The stomach, the inside of the buttocks and the area up to the base of the tail is white. Generally, blesbuck should have an average shoulder height of around 35 inches, and weigh about 130 pounds.

Blesbuck can be quite skittish and because of this there is usually a lot of stalking involved. When hunting blesbuck in South Africa with Somerby Safaris, you will be treated to an exciting and fulfilling hunting experience. Our professional hunters have years of experience under their belts hunting this classic African antelope and will go above and beyond to find your perfect blesbuck trophy. Whether it is your first blesbuck or another to add to a growing collection, hunting blesbuck in South Africa is an incredible experience. 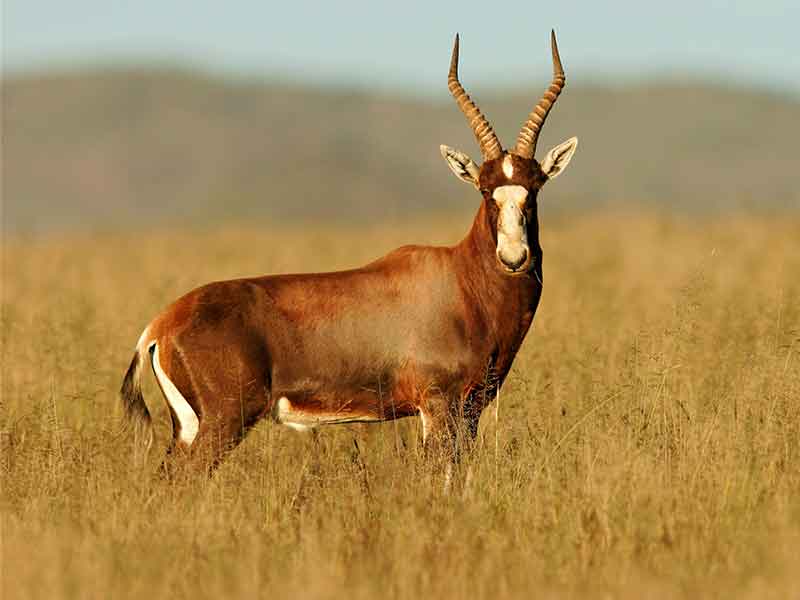 Distinct white blaze on the face. The belly, inner parts of the buttocks and the legs, below the knee, are white. Males and females have horns.


When hunting a trophy blesbuck, they can be found in the Grass plains with sufficient water. Blesbuck prefer sweet grassveld but will survive sufficiently on sour areas.

Your PH will always assist you in shooting as accurately as possible but as a general rule, place your shot by following the back line of the front leg up to approximately a third of the body to puncture the lungs and heart. Even if it is not a kill shot, the animal will not get far with this kind of shot placement. 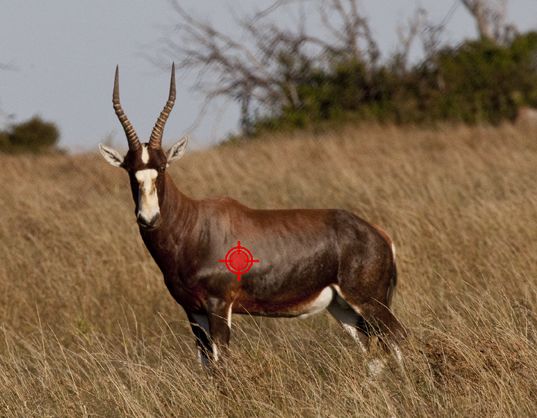