Pound for pound, the most dangerous animal in the world when wounded, drawing a deep respect from all who have hunted this magnificent creature. Elusive and dangerous are the first thoughts any hunter should have when leopard hunting…!

Why Somerby Safaris is the best outfitter to hunt Leopard in Zimbabwe:

Any adult Leopard male is considered a fine trophy. The classic hunting method is by baiting, a very interesting hunt, which requires the greatest deal of patience as hunters may be expected to sit in blinds for many nights without even a sign of a Leopard. Once the Leopard does climb the tree, a hunter will experience something only he can understand: the sight of a Leopards silhouette with a setting African sun in the background. Shot placement is very important as a wounded Leopard is not something to take lightly. The other method of hunting Leopard is by hunting with hounds: this hunt can be very exciting with Leopards often charging at close quarters. If you're after the romantic hunt with bursts of adrenaline then go for a baited Leopard; if you're an adrenaline junkie then hunt with the hounds. Either way, both hunts are extremely special in their own way.

Extensive effort is taken in pre-baiting and preparing for a Leopard hunt, weeks before the client arrives to ensure the success rate of the hunt.

The timing of the hunt is of utmost importance and is specifically planned so that the hunt takes place during the most favourable conditions, taking several factors, such as the moon phases into account. 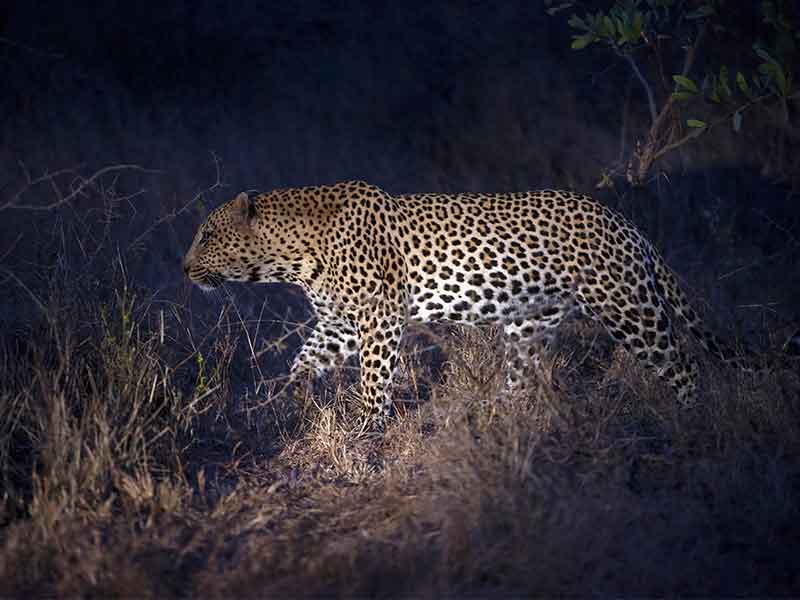 Strongly-built with a long tail. Light golden-brown with black spots and rosettes, consisting of 4-6 spots arranged in a circle. The tail is long and spotted with black bands near the tip.


Limpopo Province, Mpumalanga Province and the Kalahari Region of the North West Province and Zimbabwe. Information on our pristine Leopard hunting area in Zimbabwe: Our Leopard hunts are conducted in a pristine large hunting area of approximately 250 000 acres in Zimbabwe and has a 33.5km (20 mile) unfenced boundary with The Gona ReZhou National Park, which has had limited human interference. These free-roaming areas for wildlife attract the true hunters who enjoy the experience of true, fair chase hunting. This spectacular area has historically been known for its genetically huge leopard and is the home of one of the biggest leopard populations. There are very few places in Africa where one could comfortably have an opportunity to hunt and actually get a big leopard. This area is incredibly unique in that it is the largest safari hunting area bordering Gona Re Zhou. It has a vast network of beautiful natural pans and has a remarkably diverse habitat of forest areas, woodland, semi savanna and open grasslands.


Solitary, except during mating time. Mainly nocturnal, but to a certain extent also diurnal in undisturbed areas. It marks its territory with urine and a male's territory overlaps with those of females. A very good tree climber and is able to haul even large prey up trees - out of reach of scavengers. Has keen senses and is very cunning and dangerous if wounded.

When it comes to choosing a rifle for your Leopard hunt, it is essential to make sure you have the right rifle at hand. Leopards are soft skinned animals and can be taken with calibers as light as a 7mm or .270, however, the legal minimum in some countries and most preferred rifle caliber for leopard hunting is a .375 rifle.

The average expected shooting distance when hunting leopards is between 50 and 60 yards and accuracy is paramount because a wounded Leopard is incredibly fast and will not hesitate to charge. 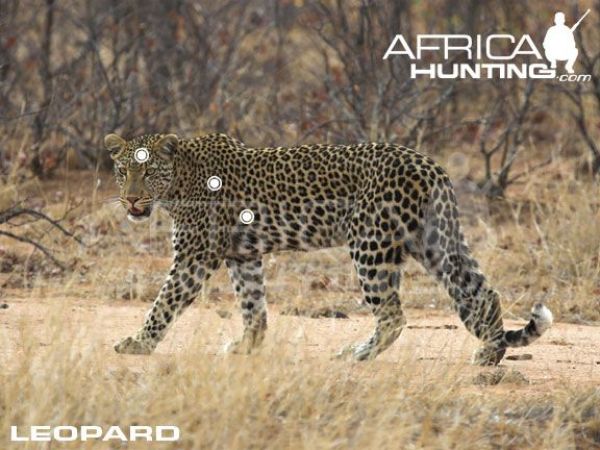 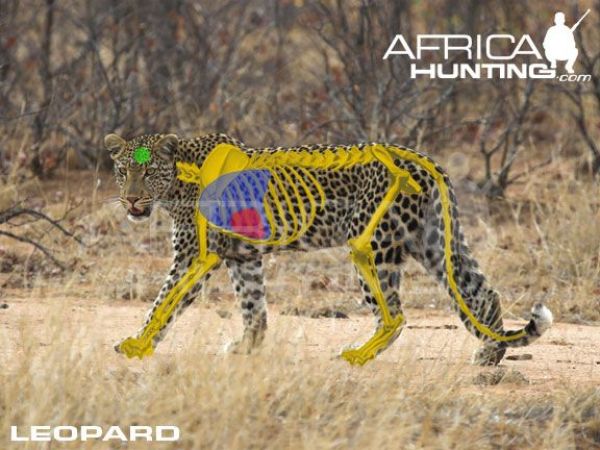